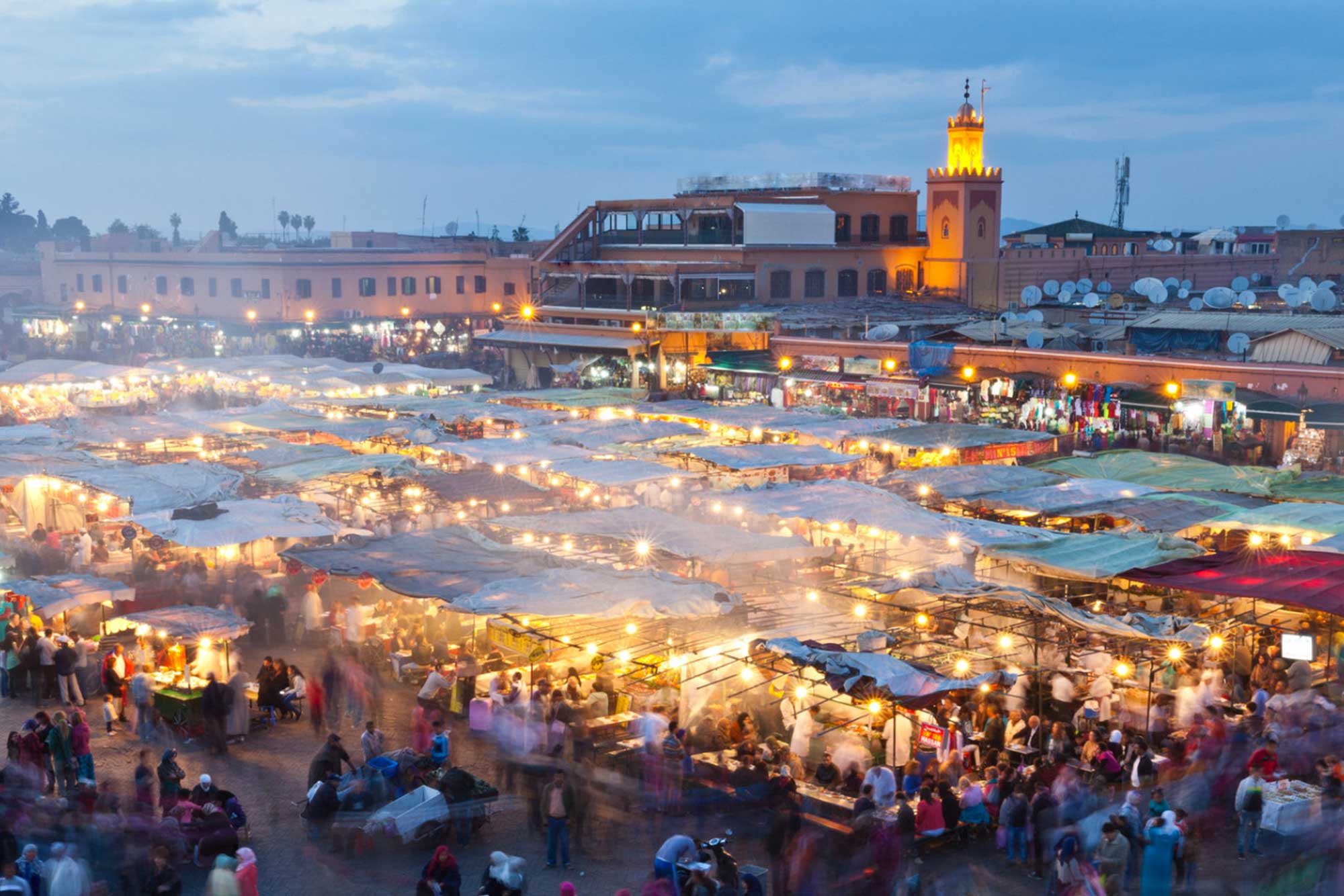 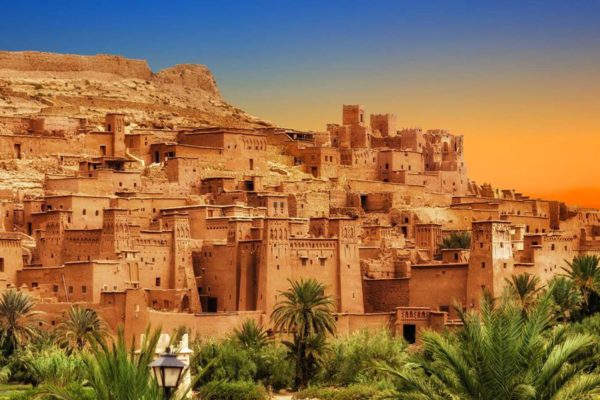 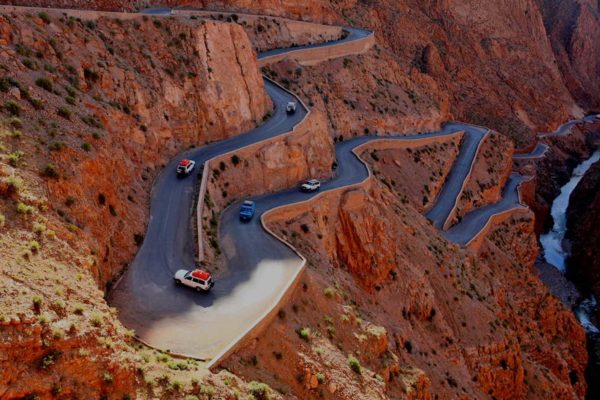 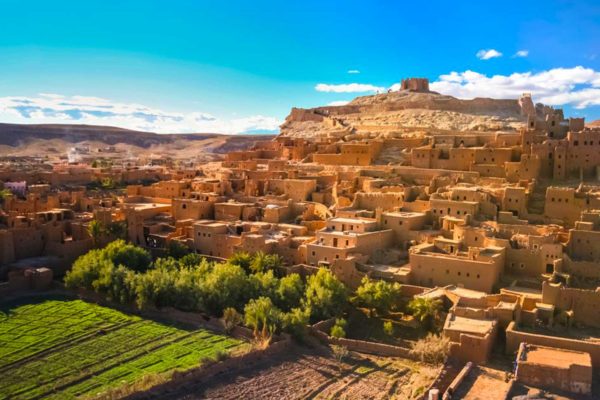 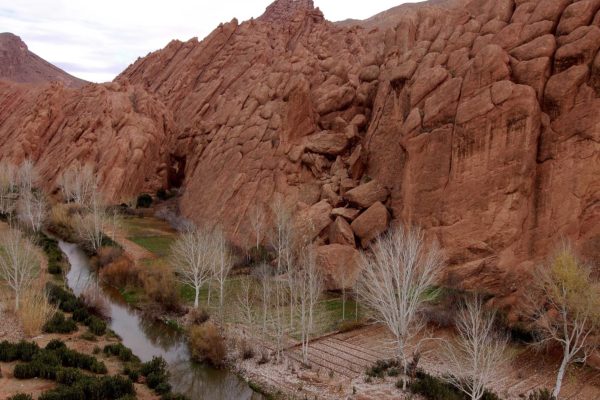 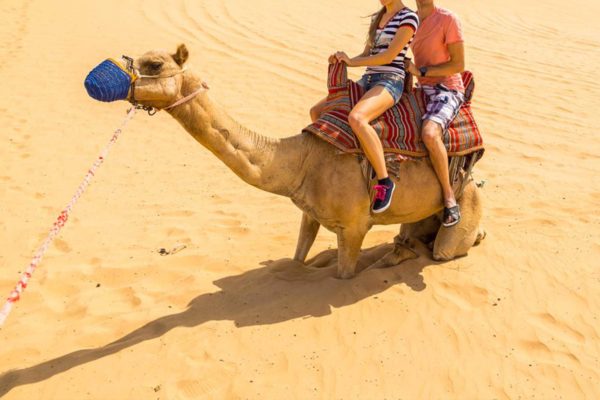 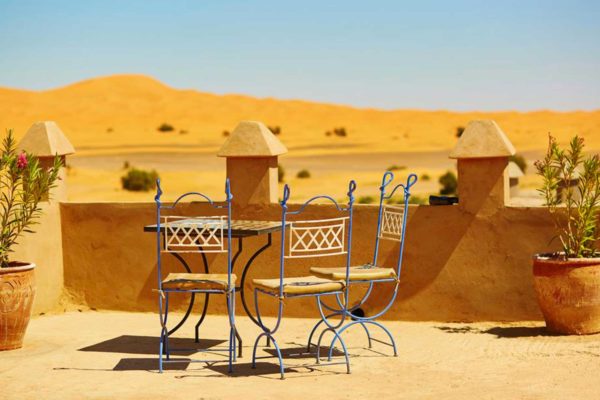 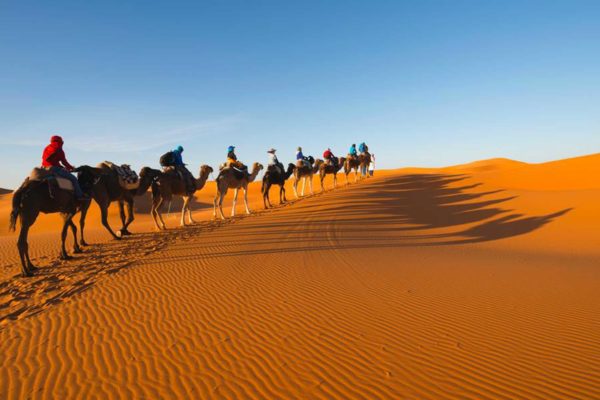 Early departure from Marrakech hotel, your trip starts by intersection the High Atlas Mountains past one Berber town after another to the UNESCO world legacy site of Ait Ben Haddou, acclaimed for its Kasbah and sustained town, recently utilized as a set for some renowned Hollywood stories just as a setting for some form magazines photograph shoots. After some time at relaxation to explore the town with its Kasbah, Lunch in a local Moroccan restaurant, then leave Ait Ben Haddou behind and head towards Boumalne Dades by means of the Valley of the roses. Upon landing in Boumalne Dades, we will digress into an optional street to Dades Canyons. From here, we will appreciate an astounding Rocks arrangement and braced Kasbahs landscape along the Dades River, with the nightfall as a scenery. After a stop at the gulches for a beverage or to appreciate the lofty landscape, we proceed to our accommodation hotel. Dinner and overnight.

After breakfast, our adventure will start with a drive along the street of 1001 Kasbahs to Tinghir, a little desert spring town, well known for its ravines and stream. We keep on Todgha gorges, where we will have some time at recreation to investigate the desert spring and the gulches, just as to eat at relaxation at a neighborhood bistro. Promptly toward the evening, we will keep on Merzouga, where our camel convoy will sit tight for us. Upon entry, we will have a camel trek experience in Erg Chebbi sand rises for a terrific nightfall watch over the shading changing sand dunes. We should achieve our Sahara desert camp just before murkiness. A Moroccan supper will be served under the stars. Keep in mind to engage yourselves today with the nearby wanderers’ hosts telling you the best way to play their Tam drums by the pit fire.

This morning you will leave the Saharan sand dunes of Merzouga and head west across the oasis of Tafilalet and its thousands of date palms and earth made fortified villages. This desert road will take you across a spectacular dry and barren area along the mountain of Jebel Saghro where the Berber semi-nomadic tribe of Ait Atta lives. Stop at some of the main villages built around Kasbahs standing in or next to small oases. We will drive through some of these oases, which are the main source of living for the locals and reach the luxuriant Draa Valley, known as the longest dry river in Morocco. Along with this picturesque and spectacular valley, we will make several stops to admire the t beautiful scenery in one of the most fantastic valleys in the south of Morocco.

After breakfast, we will leave the town of Zagora which is now the capital of a whole province in the south of Morocco. The spectacular drive takes us along the valley of Draa, stopping to explore the large oasis and discover the agricultural activities of the local people. Visit one of the Ksars which are fortified villages made of clay in a very local style. Stop at the administrative and commercial center of Agdz from which the road starts to climb up to the pass of Tizi n’Tinifift at 6000 ft of altitude over the Anti-Atlas Mountains, a spectacular rocky mountain where you will enjoy the magnificent rock formations and spectacular deep gorges. Stop in Ouarzazate for Lunch, then continue your drive to Marrakech via Tizi- N- Tichka Pass.